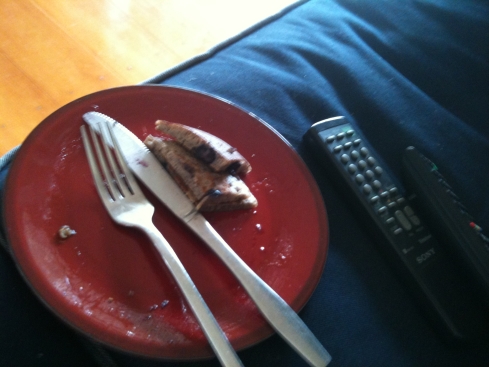 I’ve been doing a detox of sorts. By ‘of sorts’, I mean it’s been a pretty relaxed detox. I haven’t been too committed to it, nor have I been prepared to give up tasty food. In all honesty, it’s not really a detox, so my housemate and I have renamed it ‘being more conscious about what you’re eating’. That’s not a cop out though, it’s just… being realistic. The detox so far has included alcohol, wheat, dairy, red meat and coffee. Oops. But the theory is that this kind of detox is more sustainable. That’s how I justify it anyway.

These pancakes reflect my attitude towards detoxing. They’re buckwheat (good), but I included sugar and wheat flour with them and served them with maple syrup and coffee (bad? whatever). At least I drew the line at having them with butter. And if it weren’t for these additions, I probably wouldn’t have eaten them. So surely that makes it ok? I did try without the wheat flour, but they were a bit sandy and I had to have them with Nutella so I could cope.

My camera has had a meltdown, so this photo from my phone is the best one I have. They looked like regular pancakes, only grey-ish brown. Appetising, no? This is how Saturday mornings look anyway – half finished breakfast, couch and TV remote (for flicking between the music video shows).

END_OF_DOCUMENT_TOKEN_TO_BE_REPLACED 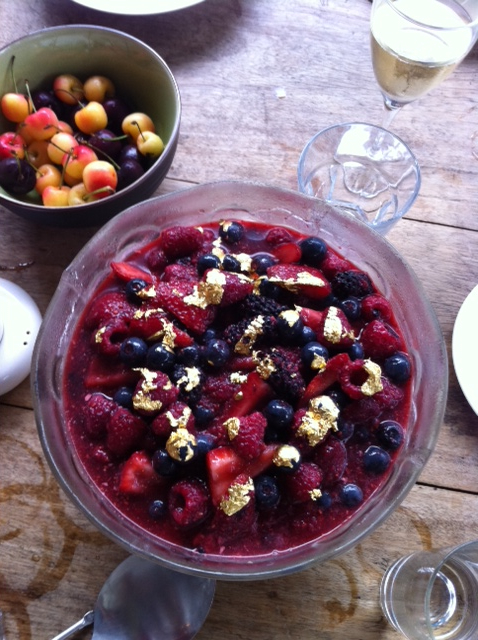 Christmas pudding is lovely, but it can be a bit heavy on a hot day, especially after a big lunch. What you really want is something cool and light – just a taste of something sweet rather than another meal. So this Christmas I made my family this white chocolate panna cotta with berries (and gold leaf, just cause I could!). It’s actually pretty similar to the dessert I made the previous Christmas, which was a rosewater cream dish with lychees and berries, so I wasn’t really over extending myself. It’s too hard to refrigerate and transport 15-odd individual panna cottas (not to mention the fact that I don’t have 15 matching glasses and it would make it awkward for people who wanted seconds), so I just made a giant one. I think it looks more impressive anyway, and it involves less washing, which is always a plus.

I modified this recipe from Ben O’Donoghue’s recipe in the December 2010/January 2011 edition of delicious. magazine. I made one and a half of the recipe, which hurt my brain a bit, but it was all eaten, which is always good for my self esteem. Last year I made a giant dessert rather than individual ones and learned that I needed to use more gelatine to get it to set (duh, obvious now I think about it), so I added extra this year. I also cut out some of the cream and replaced it with milk, and it was meant to have lemon zest in it but I forgot to buy one so I used orange. I think the orange was actually better, so perhaps my inner genius chef instinctively knew that and decided not to buy a lemon on purpose…

Because I was worried some people didn’t like white chocolate (they did, so I didn’t need to worry), I served it with dark (like, REALLY dark) chocolate truffles. I also had some beautiful cherries, so I put them out too. Why not – it was Christmas after all. My mum said it was ‘divine’. I think she meant it, because she said it about four times on the day and then told me again a few days later. The photo is from my aunt – in all the excitement, I forgot to take one myself.